The “Luigi Marzoli” Arms and Armor Museum houses one of the finest European collections of antique arms and armour, testifying to Brescia’s longstanding weaponry tradition.

The Museum was established thanks to the acquisition of the collection of Luigi Marzoli, an estimable businessman from Palazzolo, decorated with the Order of Merit for Labour. Particularly relevant in the collection is the sixteenth-century Brescian armour selection, especially the infantryman’s corslets and the firearms with the famous Gardonese barrels, productions that have made Brescia internationally famous since the sixteenth century. 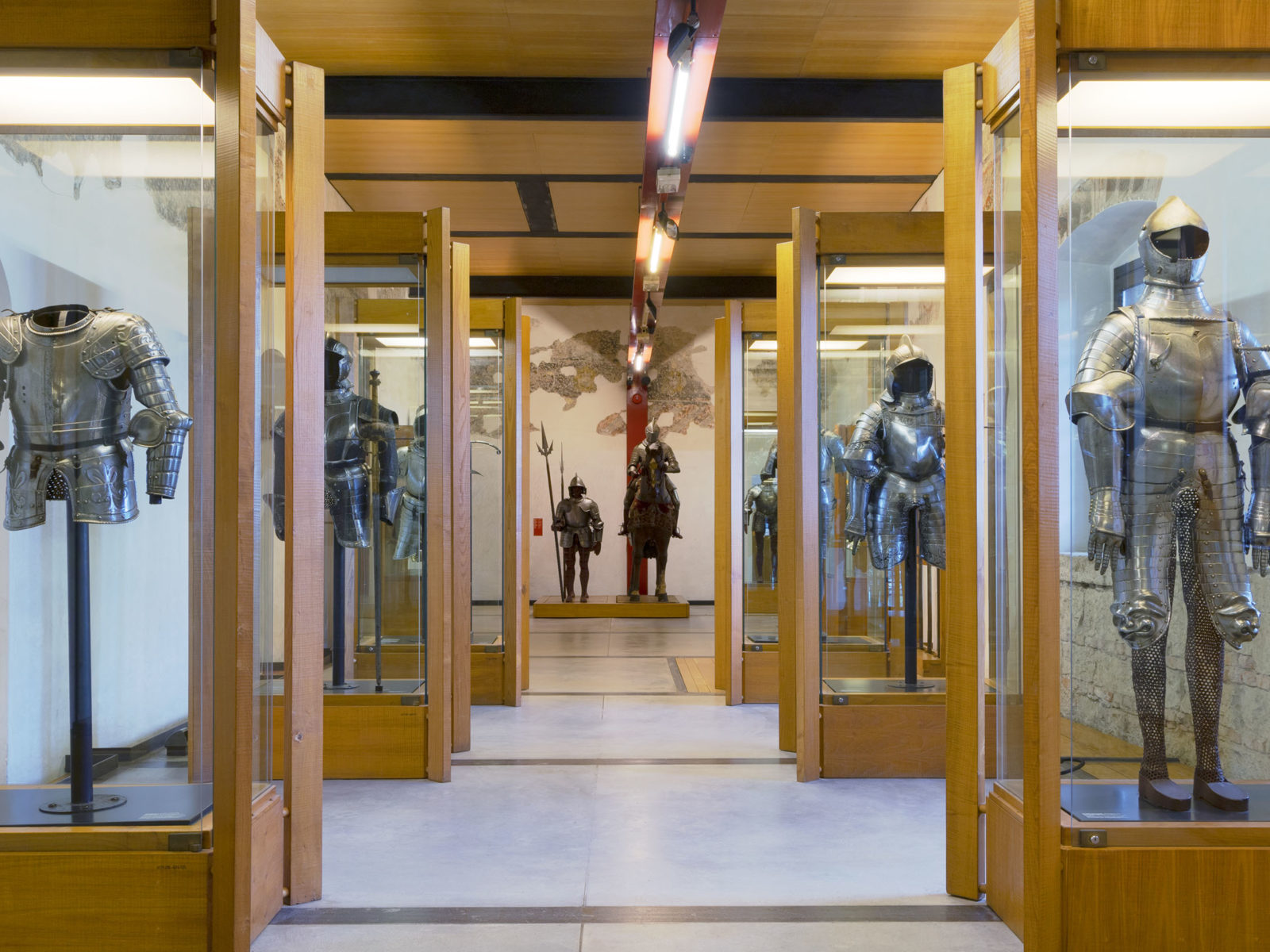 Inside the fourteenth-century Mastio Visconteo, one of the oldest buildings in the Castle, is the Luigi Marzoli Arms Museum. This museum was inaugurated in 1988 after a series of restorations that revealed Visconti frescoes with the rare coat of arms of Luchino and Giovanni Visconti, fifteenth-century Venetian frescoes, and remains of a Roman temple and oil warehouses, on top of which the medieval building was erected.

The museum contains all types of weapons (white, defensive, firearms and artillery), illustrating Brescia’s long weaponry tradition through a display of over 700 pieces, testifying to the technological and artistic progress achieved by Brescian and local craftsmen from the fifteenth to the early nineteenth century. The collections also include pieces that have been part of the Christian Museum collections since the nineteenth century.

The Arms Museum is located at the top of the Cidneo Hill. The earliest known settlement on this site dates back to between late Bronze Age and early Iron Age. We know of the existence of a Celtic place of worship dedicated to Bergimus and in the Roman age, during the first century CE, a sanctuary of uncertain dedication was erected here, consisting of a complex of two temples whose steps and oil warehouses are still visible today. Cultural continuity is evidenced by a small early Christian martyrium and by the foundation, in the twelfth-century, of the church of Santo Stefano, of which one of the two original bell towers, the Mirabella Tower, can still be admired today. The earliest defensive structure is documented in the Lombard era, in the eighth century, when a church was built inside the complex. During the thirteenth century the castle was modified and improved until Brescia was conquered by Milan. In 1343 Luchino Visconti had the castle rebuilt from scratch and erected the Mastio on the remains of the Roman temple. Frescoes with the coat of arms of Luchino and his brother Giovanni are still visible in the Luigi Marzoli Arms Museum. The function of the Mastio, as it appears today, was not purely military, but served as an administrative centre where the Milanese governor took up residence.

Still in use during the first Venetian rule, as evidenced by some frescoes bearing the date 1442, the Mastio slowly began to lose importance with the planning of modern fortifications. At the end of the nineteenth century it was used as a military prison, as the heavy window grates still testify. After World War II it became a museum.

History of the Collection

In 1963 Luigi Marzoli’s arms and armour collection was considered the world’s most significant private collection: not a dynastic property handed down from father to son, but rather a selection created from scratch that did not collect objects solely for their aesthetic value, but that was informed by a clear project: that of documenting the production of arms and armour from Lombardy, especially from Brescia, paired with pieces from other famous arms centres, giving rise to an immediate comparison. The purpose, as Marzoli himself stated in his will, was that these displays were to be “closely admired by workers, craftsmen, artists and especially by young apprentice gunsmiths and mechanics, for them to observe what had been forged by their ancestors, feeling the love for their profession and ambition to improve their position and contribute to the prosperity and greatness of the Nation.” This was one of the first collections in the world, if not the first, to have a precise identity, to be scientifically consistent, philologically studied, and with a social and civic purpose. After Marzoli’s death, two-thirds of the prestigious collection passed to Brescia’s Civic Museums through his will. To this important nucleus, consisting of about 1090 pieces, further 300 already in the Christian Museum collection were added. On 15 October 1988 the Luigi Marzoli Arms Museum was inaugurated in the prestigious Mastio Visconteo inside the Castle of Brescia. The first project for the museum’s layout was entrusted to the architect Carlo Scarpa but was later revised and carried out by Francesco Rovetta and Arrigo Rudi, with the display cases and racks made by Officina Rivadossi. The museum itinerary, reflecting Luigi Marzoli’s idea and will to document the progress and evolution of Brescian arm production, is organised in chronological order through four major themes, illustrating the artisan excellence in metalworking and the creation of innovative mechanical systems. 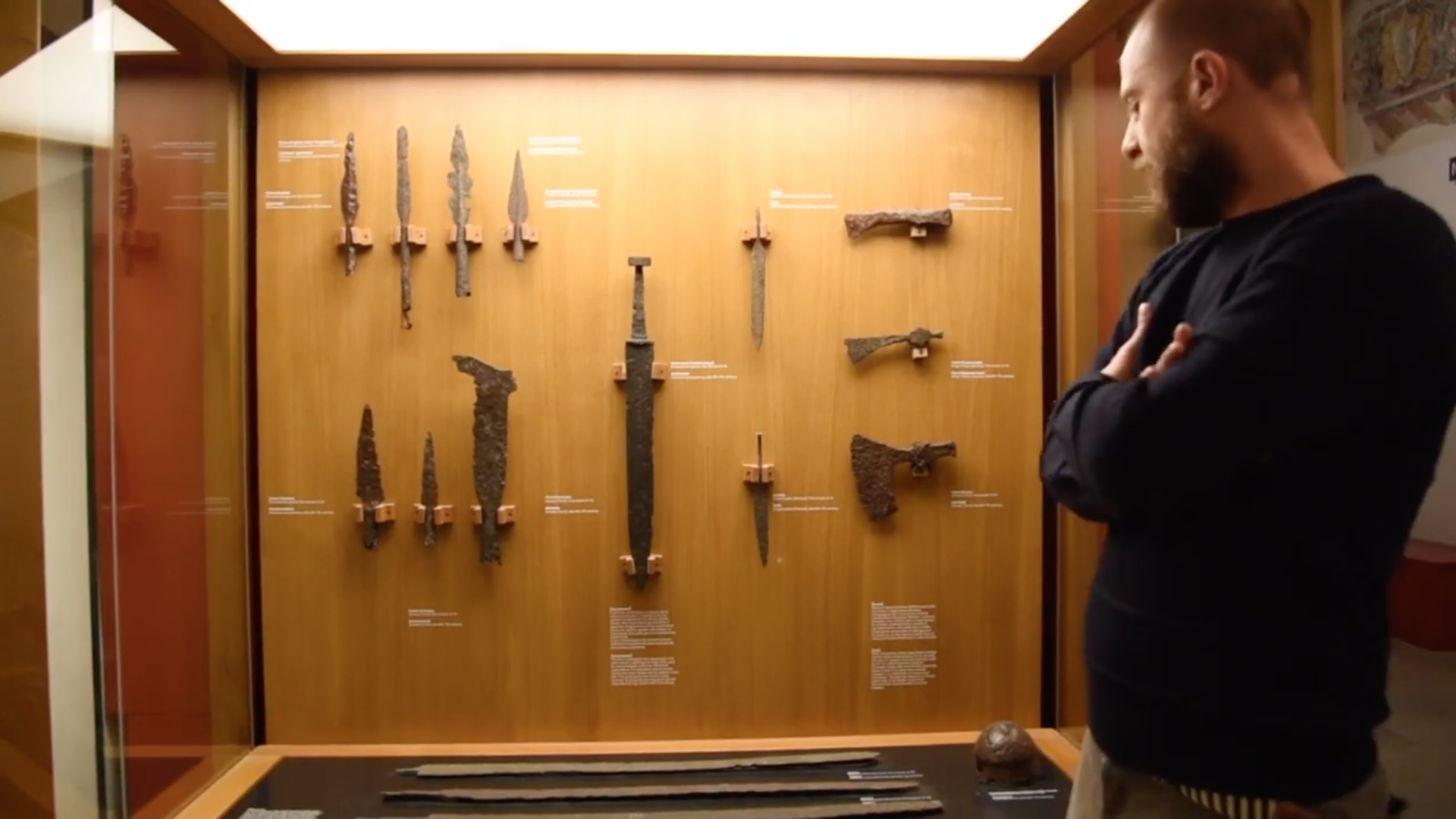 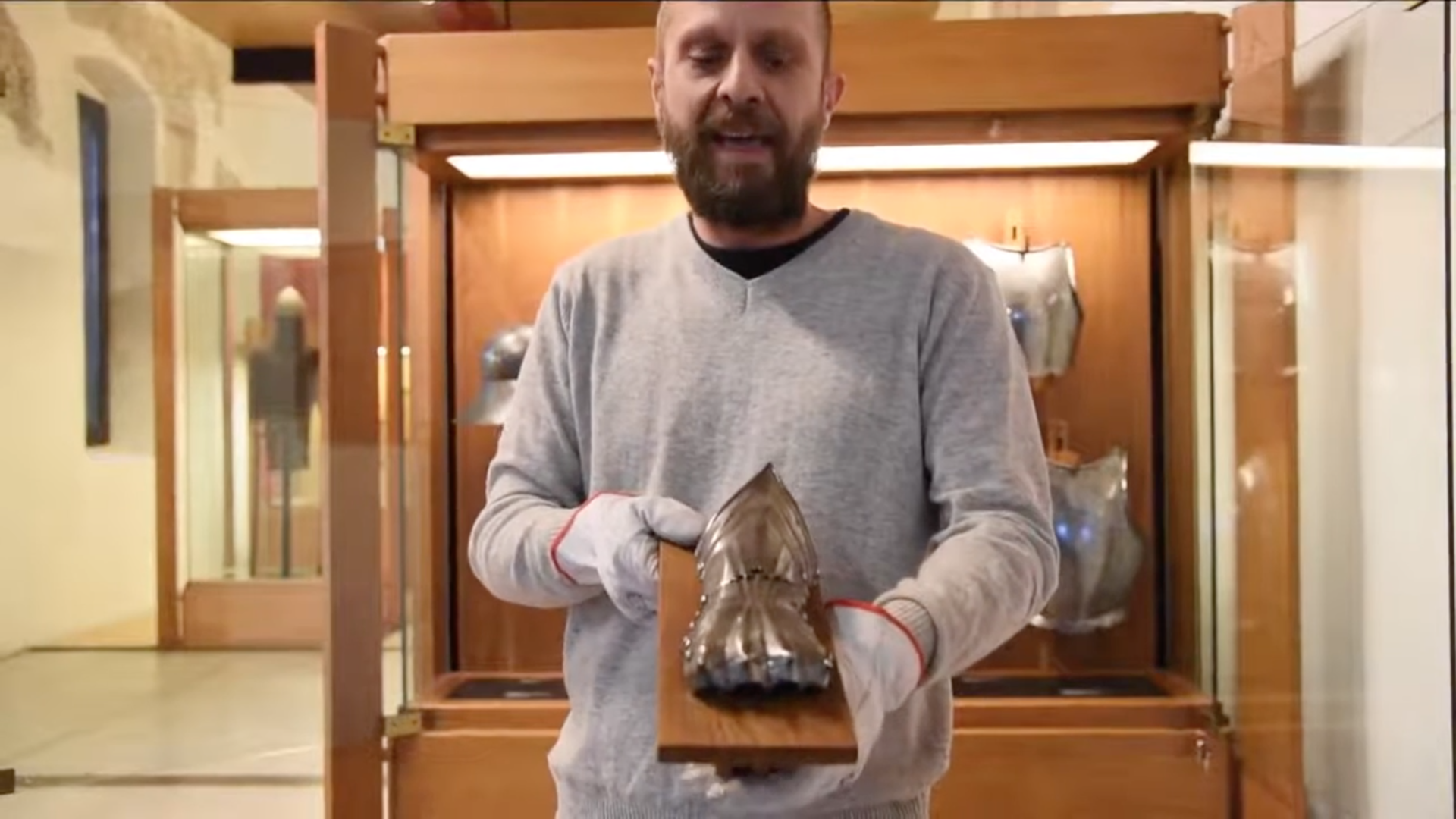 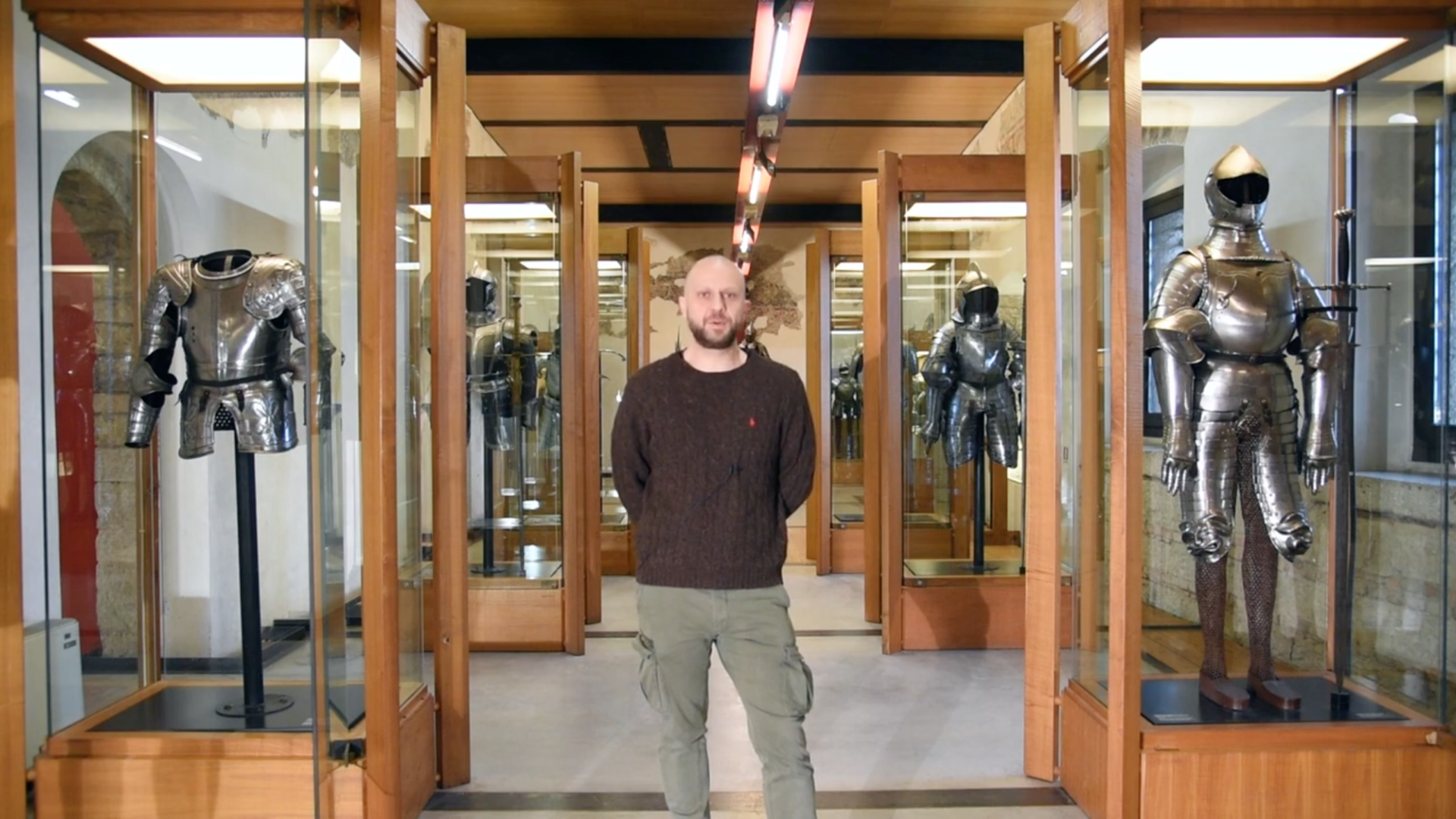 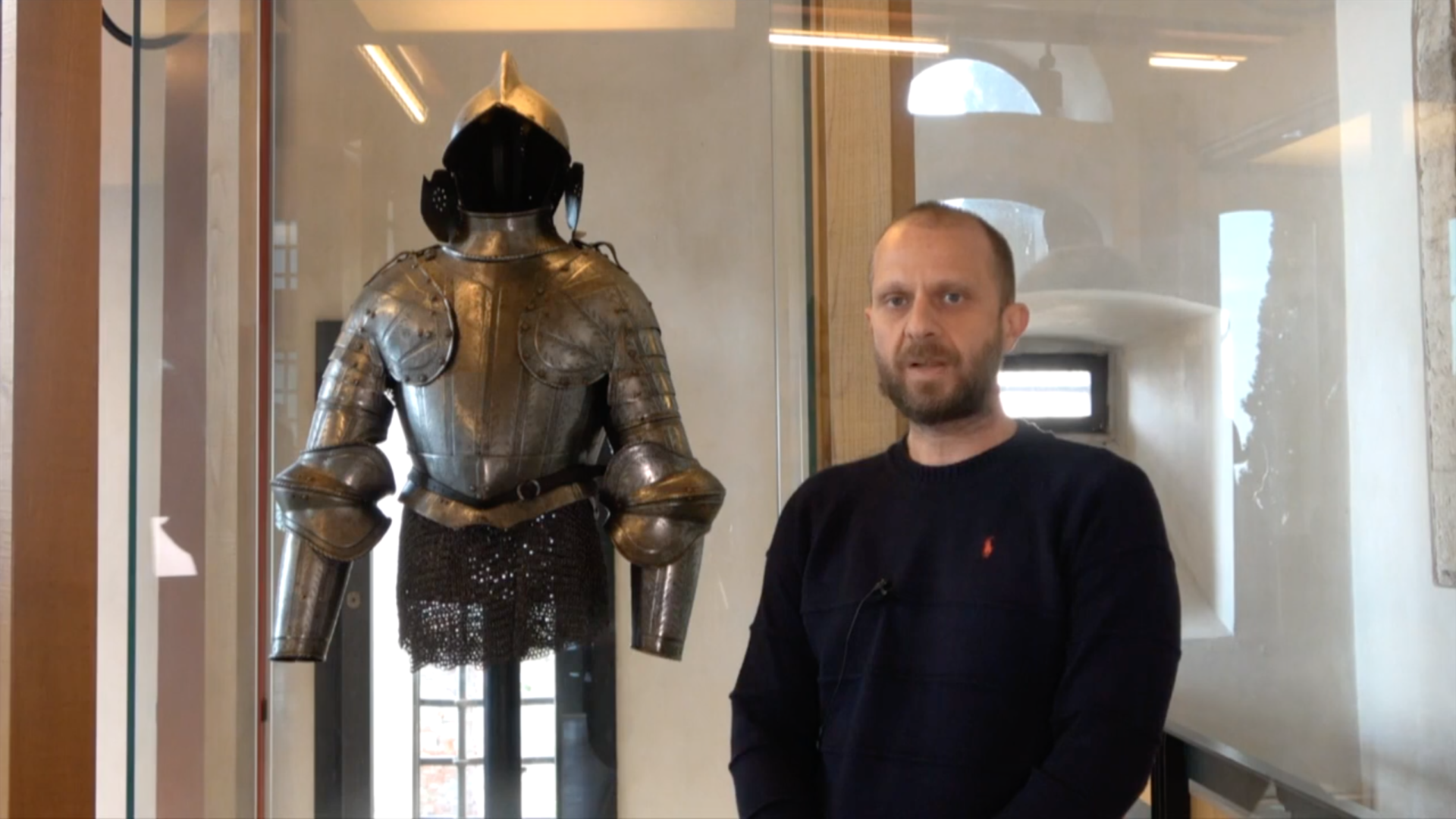 The importance of the Marzoli collection, with the addition of the arms and armour from the Civic Museums, lies not only in the quantity and quality of the pieces, but also in their selection: the collector wanted to put together the best and rarest items on the market, but also bear witness to the important arms production which has always characterised the Brescia area and Lombardy at large.

We recommend buying tickets on line.

Full price
€ 5,00
Groups (from 10 to 20 people) and affiliates
€ 4,00
6-13 years old, schools, university students in groups of min. 10 people, disabled person (with disability up to 75%) + free companion
€ 3,00
Children up to 5 years old, licensed tourist guides, journalists and publicists (upon presentation of their professional association membership card), disabled persons (with disabilities up to 75%) and their companions, ICOM members, 1 group leader per group, no.1 teachers per school group
Free of charge
Subscriptions (Brescia Card and Abbonamento Musei Lombardia)
Free of charge
University Thursdays (free admission for students from Brescia universities, every Thursday afternoon at 14.00)
Free of charge
Brescia University students with drawing tools to make copies of the works
Free of charge
On the occasion of one’s birthday (on presentation of ID only)
Free of charge
Women’s Day (All ladies on 8 March)
Free of charge
Mother’s Day – All mothers accompanied by a child (regardless of the child’s age) on Mother’s Day
Free of charge
Father’s Day – All fathers accompanied by a child (regardless of the child’s age) on Father’s Day
Free of charge
Patron’s Day (15 February), Christmas
Free of charge

By Bus and subway

Along the road that leads to the Castle there are several free and pay parking areas, also for people with disabilities.

Go to the Brescia Mobilità website to discover this bike service

Reach us by train, then from Brescia Train Station: 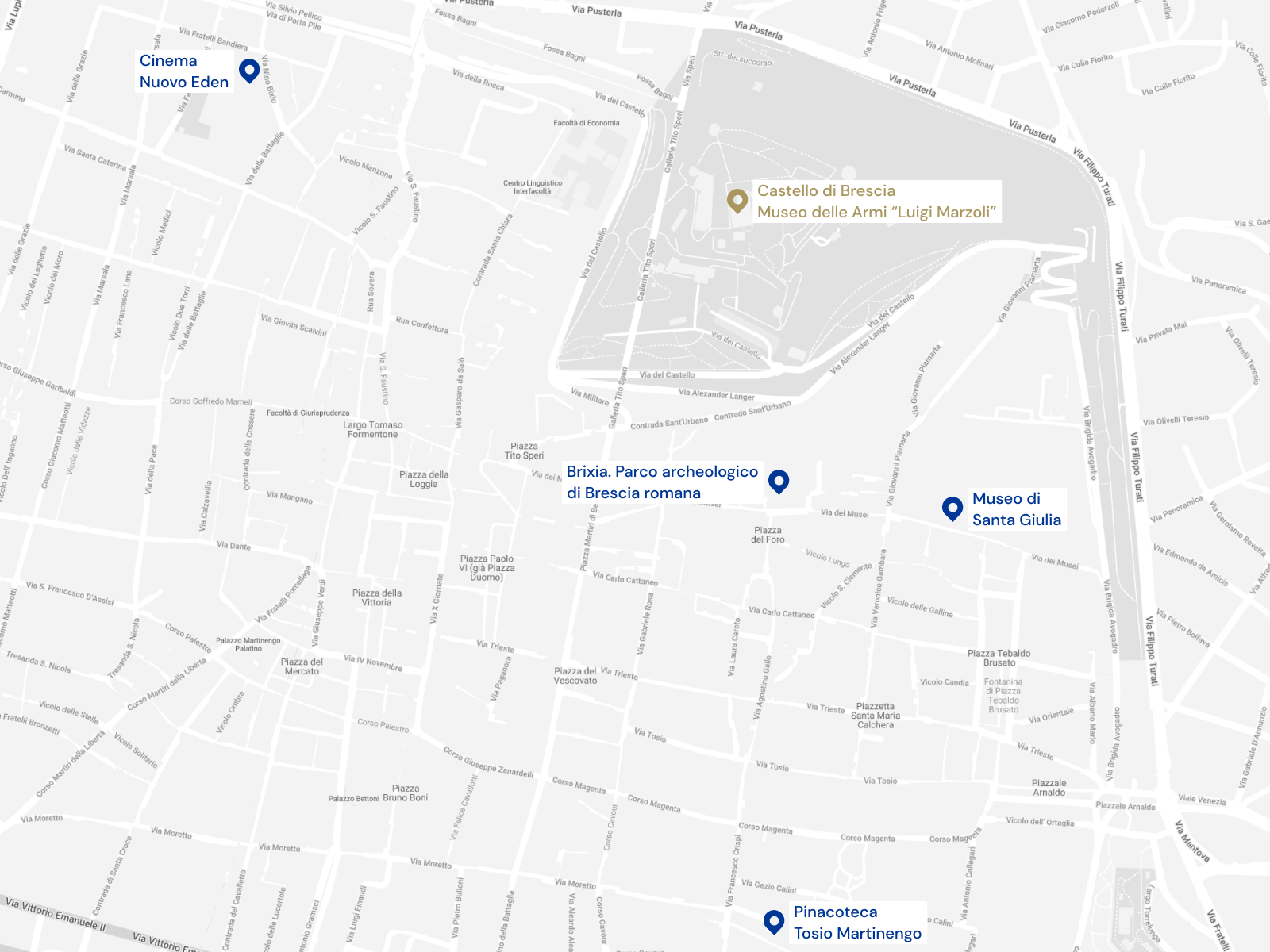